Alongside wills and trusts, beneficiary designations play a critical role in a complete estate plan. By simply filling out a beneficiary designation form, individuals can bypass probate and designate who will receive a specific asset upon their death. Today, a variety of assets can be transferred through a simple designation form, including bank accounts, stocks, bonds, retirement accounts, life insurance policies, commercial annuities and, in some states, even real estate, vehicles and boats. 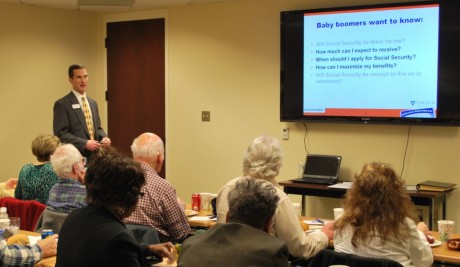 Recently I gave a presentation on estate planning basics from a financial planner’s viewpoint. When trying to explain overlapping topics such as wills, trusts, probate, account titling and beneficiary designations, I realized how confusing all this is for most people. So, I am doing a deeper dive into beneficiary designations and how they can be used, and misused, in planning.

While the process seems fairly straightforward, problems can arise and mistakes can be made when individuals execute these forms without a complete understanding of how they operate. Therefore, when completing a designation form, the owner should work with an advisor to ensure the form successfully achieves their goals and to avoid common mistakes.

2. Transfer on Death Deeds – Real Estate and Vehicles
A transfer on death (TOD) deed enables an owner of real property to execute a deed during life naming the individual who will receive title to the property upon the owner’s death. Just like a regular deed, a TOD deed must be prepared, signed, notarized and recorded. In addition, a TOD deed must state that it will not go into effect until the owner’s death. However, unlike regular deeds, TOD deeds can be revoked because the beneficiary does not receive a present interest in the property. Upon the death of the property owner, assuming there have been no revocations, the beneficiary will receive title to the property without the involvement of the probate court.

Not all states allow TOD deeds for real estate. Currently, a little over half of the states allow TOD deeds. The states that allow TOD deeds are: Alaska, Arizona, Arkansas, California, Colorado, District of Columbia, Hawaii, Illinois, Indiana, Kansas, Minnesota, Missouri, Montana, Nebraska, Nevada, New Mexico, North Dakota, Ohio, Oklahoma, Oregon, South Dakota, Texas, Virginia, Washington, West Virginia, Wisconsin and Wyoming. Each state has its own rules and regulations governing the use of TOD deeds. As such, it is important to look to the law of the state where the property is located before moving forward with a TOD deed.

3. Retirement Account Beneficiary Designations
When an IRA, 401(k) or other qualified retirement plan is created, the owner of the account is asked to fill out a beneficiary designation form provided by the plan or account administrator. When the owner passes away, the account balance passes to the selected beneficiary without passing through probate. The account holder is able to change the beneficiary designation at any time before he or she passes away. While there is wide latitude in selecting a beneficiary, in community property states and certain other circumstances it is often required that a spouse be designated as the primary beneficiary of a retirement account unless he or she waives that right in writing.

When retirement funds pass to a non-spouse beneficiary upon the owner’s death, the beneficiary will have to pay tax on proceeds as “income with respect to a decedent” (IRD). Note, however, that retirement assets can be transferred tax free to another qualified plan or to charity.

The following information is generally applicable, however, it’s important to review state law and the specific financial institution’s procedures to determine the treatment of a particular asset, account or fund. Additionally, please note that the below information relates to designations for bank accounts, securities, retirement accounts, life insurance policies and commercial annuities. The remainder of this article does not apply to TOD deeds for real property, which will be covered in a future post.

1. Owner Control
After the owner of a policy, account or fund (hereinafter referred to as “owner”) designates a beneficiary, the owner remains in control of the asset or account and can continue to use it however he or she desires. The beneficiary does not have a vested interest. As such, the owner can spend the money, close the account, change the beneficiary or revoke the designation at any time.

How to Use Beneficiary Designations to Your Benefit

Bubba is the owner of a large investment portfolio. When he opened the account, he named his sister Jennie as the transfer on death beneficiary. Nine years later, Bubba and Jennie had a significant falling out. Bubba drafted his will after this falling out and specified that his best friend, Brock, would receive Bubba’s portfolio upon his death. A few years later, Bubba passed away. Even though Brock was subsequently listed as recipient of the stock in Bubba’s will, Jennie received the stock because the beneficiary designation, not the will, controlled.

As this example illustrates, a lack of understanding and coordination when utilizing various estate planning tools can lead to unintended consequences. An upcoming article will delve further into these potential mishaps and provide preventative measures and solutions to avoid undesirable results.

2. Advantages of Beneficiary Designations
One advantage of a beneficiary designation is its simplicity from both the owner and the beneficiary’s standpoint. The owner is able to easily designate a beneficiary by filling out a short form and returning it to the appropriate institution. For the beneficiary, typically all that is needed to collect the asset is proof of the owner’s death and proper identification.

3. Putting it All Together
While clients often spend a great deal of time with their estate planning lawyers when drafting their wills and trusts, they often fail to move forward with updating beneficiary designations and changes to account titling. Even if the lawyer has given detailed instructions on what needs to be done beyond the documents, it often goes undone.

For clients of VWP, we offer to attend meetings with clients and their estate planning lawyer so we are all on the same page. We receive copies of the client’s documents and have a thorough understanding of what needs to happen to conform account titling and beneficiary designations to the planning documents. We can then make sure the client follows up with getting the changes made, ensuring the plan is complete.

Any information presented here is general in nature, believed to be reliable as of the date published and is not intended to be and should not be taken as legal, tax, investment or individual financial planning advice. Competent, licensed professionals should be consulted when implementing any kind of financial, estate, tax or investment strategy.